REFLECTIONS ON THE TAO 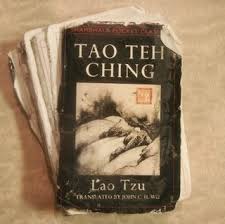 (Watch the corresponding Radiant documentary, Nothing to get Hung About)

“Martin Luther King said, ‘If you haven’t found something worth dying for you’re not fit to live.’ Non-violence is something I’d be willing to die for. I don’t torture myself over whether I’ve done a good job or bad job.”

for you’re not fit to live.’ Non-violence is something I’d be willing to die for.

I don’t torture myself over whether I’ve done a good job or bad job.”

Lewis won’t appreciate that I’m calling him the “master” of anything.

His humility both inspired and exasperated me for a time; his unassuming presence was part of the reason I wanted to share him with the world, and simultaneously the reason he made it difficult to do so…

When Cami and I decided to go to Boston in 2015 we didn’t know a single person in the city. So, I sent 40 messages to strangers on Couchsurfing.com, to ask if they knew anyone they might describe as “radiant.”

The first message I received back was from a guy named Daniel, who said: “Wrong city, Boston sucks! People are miserable, if you manage to find anybody like this it’s probably a pile of lies!”

Daniel clearly needs some TLC. Luckily for us, he turned out to be wrong.

A woman nominated Lewis Randa, to our delight. In my opinion, our ten minute film only partially succeeds at capturing his essence as a leader, activist, and human being; I know capturing anyone fully is probably impossible, but a feature length documentary would be a better fit for this man. 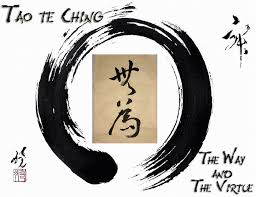 He will be embarrassed at my analysis, but as I see it, Lewis personifies, more than anyone I’ve ever met, the attributes of “The Master,” as described in the Tao Te Ching:

to serve as an example

and not to impose his will.

He is pointed, but doesn’t pierce.

Radiant, but easy on the eyes.

He has dedicated his life to civil disobedience to move the world toward peace and pacifism. His influence focuses only in the physical space: He’ll push a stone thousands of miles to make a statement, create a memorial to commemorate and praise non-violence, stage peaceful protests, get arrested so he can testify in court, give awards to the current peacemakers of the world.

He constantly takes action, but never for his own glory or gain. He doesn’t care if people have heard of him, or how much money he makes, he simply wants people to hear his message.

The Master doesn’t try to be powerful;

thus he is truly powerful.

thus he never has enough.

I’ve struggled for the last six years to embody the attributes the Tao describes, and have given excuses for why it’s too hard in the modern world. To me, it’s easy to be Buddha on top of a mountain; what’s hard is being Buddha when my bank account dwindles or I have creative differences with someone.

So imagine my delight in meeting a modern, American human who lives by the Tao; I’m not saying he’s perfect– I’m not around nearly enough to see his flaws. But I do see that he cares not about his own image, money, or recognition. He wouldn’t mind if only his family knew his name.

When the Master governs, the people

are hardly aware that he exists.

He doesn’t hold himself above or below any person or any animal; and all are equal to each other in his eyes. He is most commonly accompanied by people with special needs, whom he empowers to be peacemakers at the Life Experience School, which he founded 46 years ago.

He has also personally reached out to hugely influential activists such as Mother Theresa, Muhammad Ali, Thich Nhat Hanh, Rosa Parks, Noam Chomsky, Dalai Lama, and Maya Angelou, all of whom have received the Courage of Conscience Award, which he created.

He has many successes, but he says about his efforts, “We are successful so infrequently that we come off, at times, as harmless.” From my perspective, if that’s true, it’s because of his prolificacy. He and his incredible wife, Meg, and the students at the Life Experience School are constantly coming up with outlandish actions to promote peace in their community. They couldn’t possibly all “work.”

Because he has no goal in mind,

everything he does succeeds.

There would be no way to measure whether they worked or not, anyway, as their goal is simply to encourage compassion. We don’t make documentaries on people because of all the successes they’ve had, we choose our radiant nominees based on who they decide to be every day. I felt compelled toward Lewis because his creativity, vision, and egoless way of being fascinated me.

Sometimes I fear what others might think and let that stop me from using my voice, or taking action that may not be popular. I asked Lewis how he deals with the people who fight against him, judge him, who resent his efforts to bring peace and equality to the world (and some do).

He said, “It has everything to do with me being most inspired by people who were assassinated and hated. I saw what happened to Bobby Kennedy, the way Dr. King’s life ended… I realize you will be loathed by a percentage of population just by virtue of the way you conduct yourself. When I look at the names of peacemakers at the memorial, 68 of them were suspect in eyes of their neighbors. If those on the wall were hated, I don’t mind being hated. I have a singular focus on making sure my life speaks a certain truth.”

Because he believes in himself,

he doesn’t try to convince others.

he doesn’t need others’ approval.

Because he accepts himself,

the whole world accepts him.

If you seek to affect social change, Lewis advises to “put your body where your mouth is,” take personal risk. He says, “The authorities don’t look at how many protests are planned, or how many people are at the protests. The goal is to get arrested. It’s the only thing that will get your voice heard so you can get on record in front of a judge. That’s why Dr. King, Gandhi, Rosa Parks, and Caesar Chavez did what they did.” 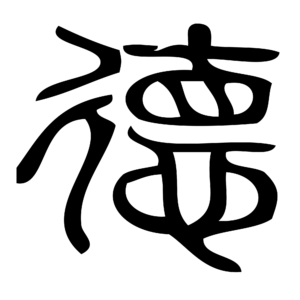 He created the Peace Abbey Memorial to honor those who have sacrificed their lives for equality and compassion. Lewis and Meg poured themselves into the Abbey, which will always stand where it was built in Sherborn. I’ll try to paint a picture of the magic of this place.

At the center, you’ll be greeted by a nine-foot tall, bronze statue of Gandhi— arms wide open to receive you. Lewis commissioned this beautiful piece before he had the funds to do so (he’s never fundraised in his life). One day, after the statue was done, he found a $40,000 check on his desk to pay for it… from Yoko Ono.

Six brick walls radiate out from Gandhi, lined with plaques, inspiration from various peace workers, and the twelve prayers for peace from the major religions of the world.

Five times a day the Abbey would play Yusuf Islam’s call to prayer over the loudspeakers, at which time anyone on the property would drop what they were doing, go outside, and face East– not necessarily as a religious ritual, but as an opportunity to pause, just for a few moments.

Behind Gandhi is the statue of Emily the Cow, the founding member of the Abbey’s animal sanctuary. Years ago, the Randas rescued her after she escaped from the slaughterhouse and she became their inspiration for animal rights advocation and vegetarianism. 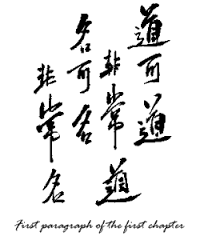 There is also a cemetery for Conscientious Objectors, a simple shed for meditation, and a stone dedicated to the victims of violence.

Lewis says, “We have no enemy, except war.” As far as I’ve observed, he doesn’t ever create out of fear or judgment for others. He only calls for re-evaluation, and challenges views, in the name of love.

The Master views the parts with compassion,

because he understands the whole.

His constant practice is humility.

but lets himself be shaped by the Tao,

as rugged and common as stone.

I hope some part of this analysis has inspired you to think about how you might embody the traits of the Master, whatever your vocation. I had the privilege to meet Lewis, his family, and the students at his school and I wish I could somehow give that experience to you. The moment I stepped into their home, the Life Experience School, and at the Peace Abbey I felt understood and fully loved.

They inspire me to not waste any opportunity to promote compassion. I’m grateful for yet another example of what it looks like to embody the light.

To donate or get involved with Lewis’s work in any way visit http://www.peaceabbey.org/