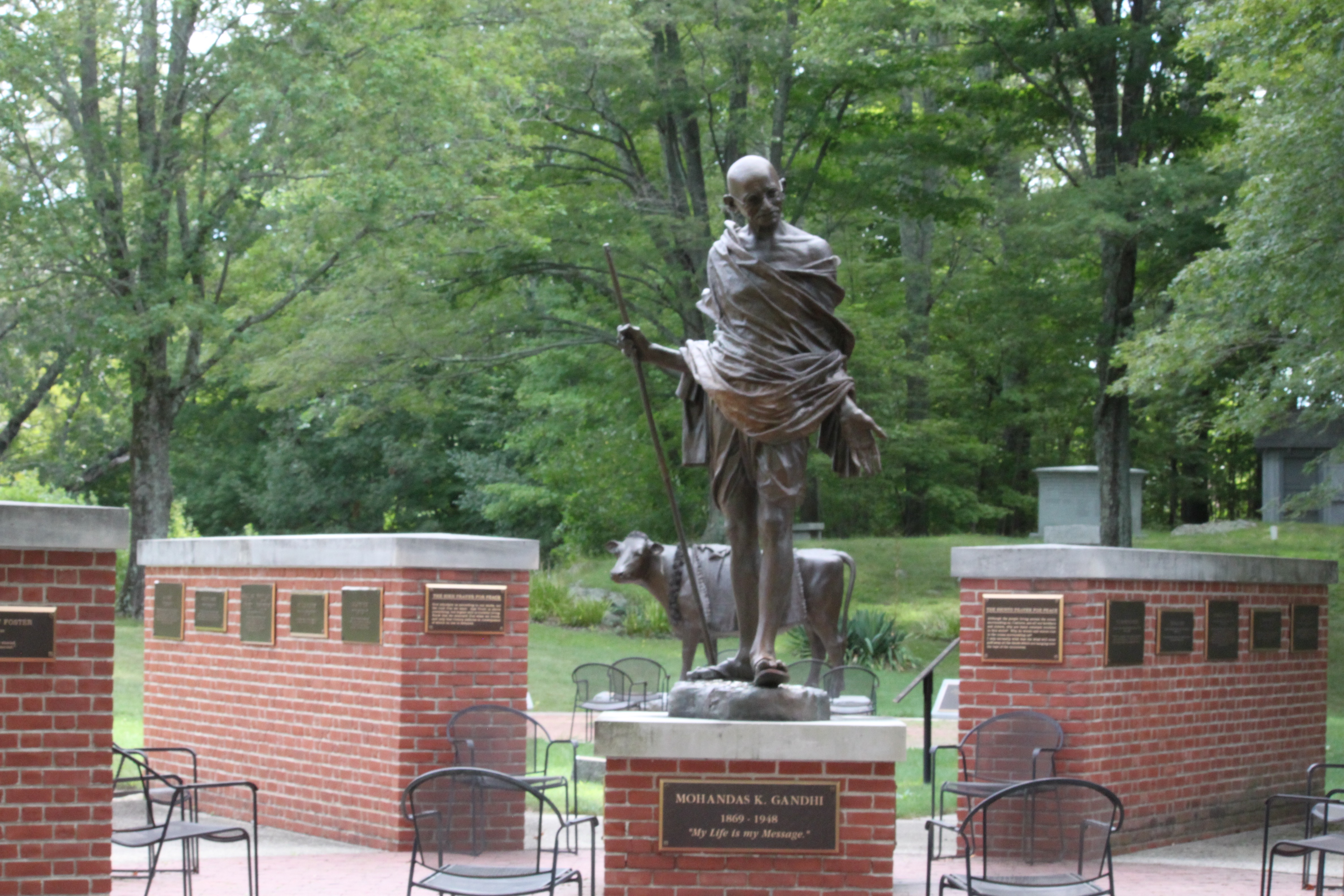 The Pacifist Memorial was created as a community service project by the students and staff of The Life Experience School in 1994 as a result of the inspiration of President Kennedy’s quote regarding conscientious objection. Students and staff worked for over two years on the project which has come to be known as America’s Memorial to Pacifism.

The Pacifist Memorial, bearing witness to humanity’s long-cherished pursuit of justice and peace through nonviolence and love, stands on the grounds of The Peace Abbey in Sherborn, Massachusetts. On October 2, 1994, the 125th birth anniversary of Mahatma Gandhi, The Pacifist Memorial was dedicated. These grounds, already hallowed by the lives of students and teachers, the footsteps of saints, sages, and activists famous and humble, welcome you on your journey of peacemaking. Both in its component parts and collectively, the Memorial seeks to inspire those who come here with the spirit of those remarkable women and men it commemorates, a spirit of remembrance and vigilance, courage and transformation. 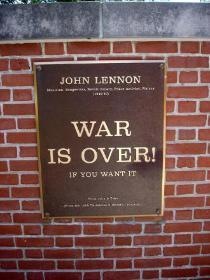 Gandhi Statue
In the center of the Memorial stands a statue of Mahatma Gandhi, created by the Georgian-born, internationally recognized sculptor, Lado Goudjabidze. Gandhi was not only a central pacifist of our time; his life and philosophy inspired generations of nonviolent peacemakers, including Dr. King and President Mandella.  In the face of ethnic conflict and struggles for liberation, we remember Gandhi, who accomplished the freeing of a multi-ethnic, religiously diverse people through the power of love and nonviolence alone. Radiating out from the statue of Gandhi are six brick walls, on which are recorded the names of and quotations from sixty peacemakers, thirty men and thirty women. Some are well-recognized, others lesser known, but each contributed courageously to the path of peace, facing misunderstanding, hardship, and often death in its cause.  A select committee examined a number of nominations before choosing these initial sixty; other names and quotations will be added to the Memorial on an ongoing basis. Nomination sheets are available to all. 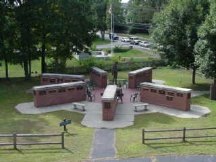 Pacifist Memorial
At the end of each wall is engraved one of the Peace Seeds affirmations for peace, a condensed form of the Sacred Office of Peace. These prayers for peace from each of the world’s major faith traditions were first shared at a convocation of religious leaders at Assisi, Italy in1986 called by Pope John Paul II. 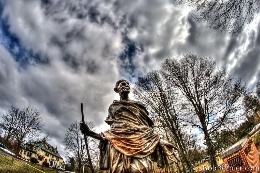 Transformation
It is our hope and purpose that this Memorial, dedicated to the spirit of pacifism and to the women and men who have embodied it, will nourish and encourage the transformation of our families, our neighborhoods, and of ourselves as instruments of deep and lasting peace. In remembering the heroes and heroines of nonviolence, let us fully embrace our heritage; in vigilance, let us be attentive and mindful of our susceptibility to anger and its result, and to the opportunities for love and healing around and within us.

The Pacifist Memorial remains under the ownership and care of The Life Experience School in perpetuity.