Fireside Chats take place throughout the year, hosting individuals from all walks of life who openly share interesting stories that intrigue, educate, inspire and stretch the boundaries of ordinary life experiences.   Previous Fireside Chats have included poet Maya Angelou upon receiving the Courage of Conscience Award; human rights activist, Harry Wu upon his release from prison in China; Amnesty Int’l Prisoner of Conscience, Ngawang Choephel upon his release from prison in Tibet: Jesuit priest and anti-war activist Daniel Berrigan upon receiving the Courage of Conscience Award; and active duty Staff Sergeant Camilo Mejia while AWOL from the Iraq War and living underground at The Peace Abbey in Sherborn as a conscientious objector — and many other remarkable people.

In the spring of 2017, Maddie Walters spoke to us about her miraculous journey of recovery from a brain injury, a result of an accident that nearly took her life.  She spoke eloquently about her struggle to learn to walk again, her desire to talk again and her unrelenting stamina to be her full self again.  Along with her mother Linda, Maddie reminded us of how precious life is, and the importance of family, friendships, and community during recovery from an accident.  Maddie will begin her pre-college internship at the Peace Abbey Foundation in July during which she will assist with peace and social justice projects. 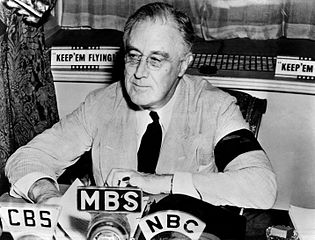 Franklin Delano Roosevelt, commonly known as FDR at Fireside Chat.  He spoke on maintaining freedom of the seas (September 11, 1941).   The black arm-band signifies his mourning the death of his mother.